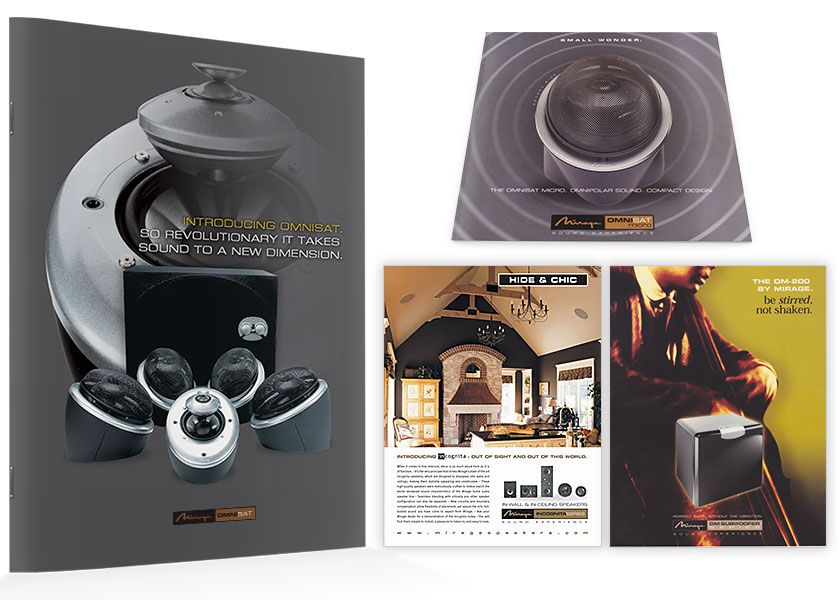 The Mirage brand is recognized in the audio industry as an innovator, continuously setting new standards in speaker design and performance. API, the company behind it, was founded on the principle that sound should be omnidirectional and completely immersive, rather than directional and "forced".

Throughout its storied history, the Canadian company launched a number of breakthrough products, including the world's first bipolar speaker and the first-ever pure titanium hybrid tweeter.

Then came the Ominsat satellite speaker system, whose 360° sound philosophy and ingenious design made it possible for Mirage speakers to disperse sound the way the ear and brain are accustomed to receiving it—30 percent direct sound delivery and 70 percent sound reflection. We helped put together a show-stopping brochure for the Omnisat, as well as for the compact version of the system, dubbed the Omnisat Micro. For the Micro—launched at a Consumer Electronics Show in Las Vegas—we designed a Sixties-style record sleeve into which the actual brochure was slotted. The sleeve tartly asked: "Where were you when the Micro was in?"

The Omnipolar series of speakers went on to become some of the company's best selling lines.

We also created ads and brochures for a number of other Mirage products, including the OM Subwoofer Series and the Incognita Series.

Mirage and other brands owned by Audio Products International have since been acquired by the Klipsch Group in the United States. 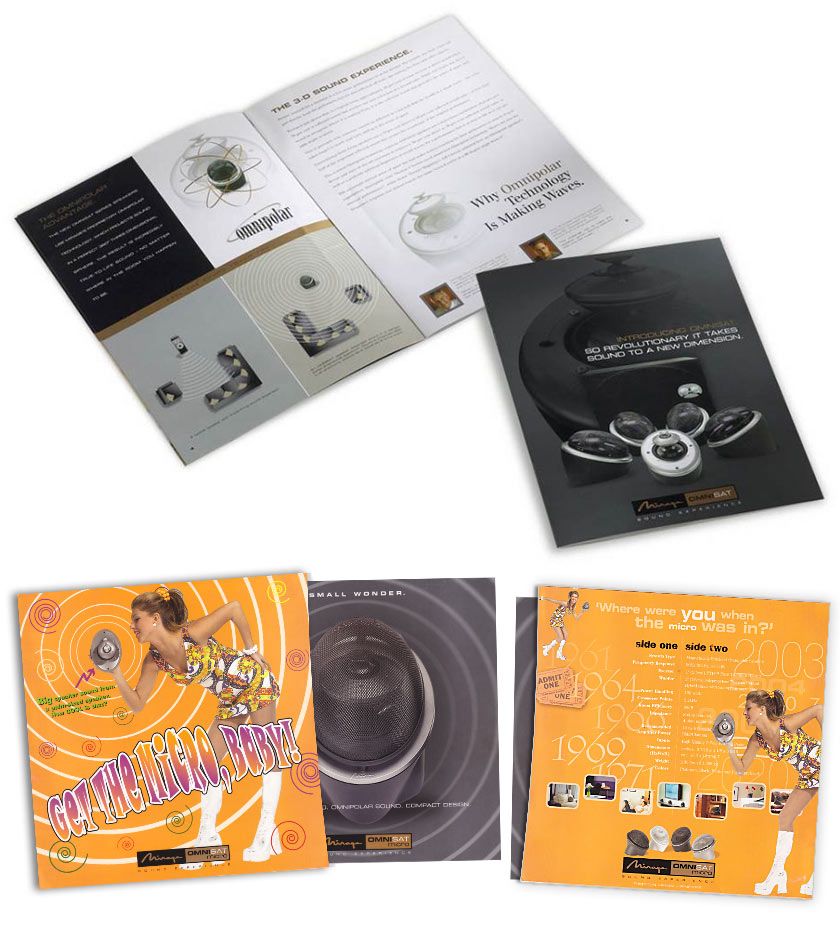 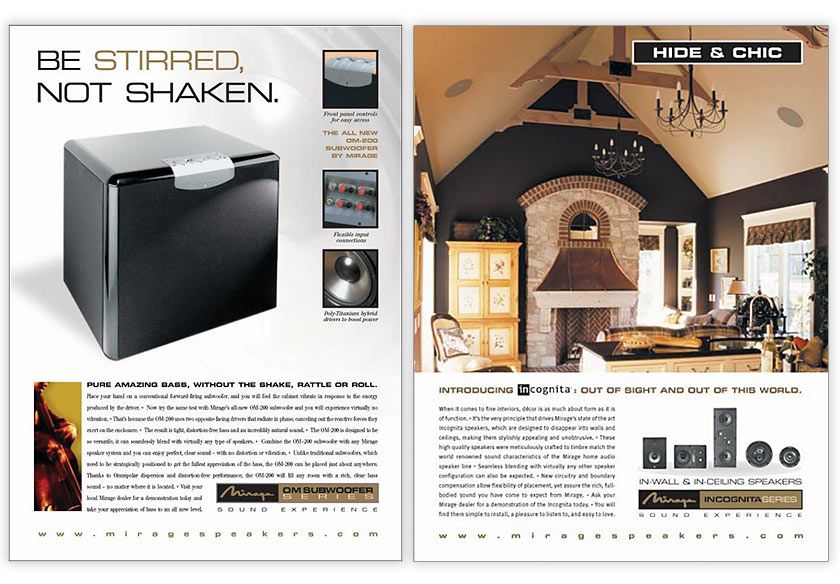