From Dilmun To Dublin 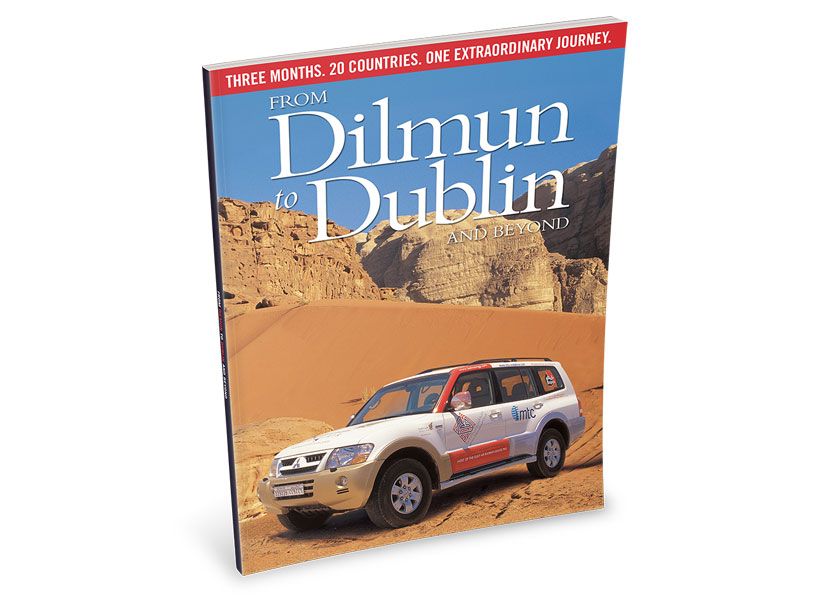 Ali Mushaima, publisher of the Visitor's Complete Guide to Bahrain, is an adventurer at heart. But when he decided to undertake a singular drive from the Middle East to Europe to promote his island country, he could not have foreseen just how challenging it would be.

Dubbed the Friendship Tour, this was more than just a road trip: It was intended to promote a greater understanding of the Arab world in Europe, and to raise the profile of the tiny Middle Eastern kingdom with Formula One racing soon to make its debut in the country.

Planning the trip alone took more than eight months, including negotiations with potential sponsors, meeting diplomatic officials to discuss the aims of the drive and mapping out the tour stops.

The 25,000-km drive would take Ali though 20 countries—a three-month journey with many highs and lows. Different journalists and photographers accompanied him through various legs of the journey, and the tour received a lot of media attention, both in Bahrain and in the countries he visited.

A Type of Magic created a website and ran daily blog updates right through the trip, and designed the lavishly illustrated 208-page book that documented a fascinating country-by-country account of the tour. The foreword to the book was written by former US Ambassador to Bahrain Johnny Young, who provided a heartwarming personal tribute. 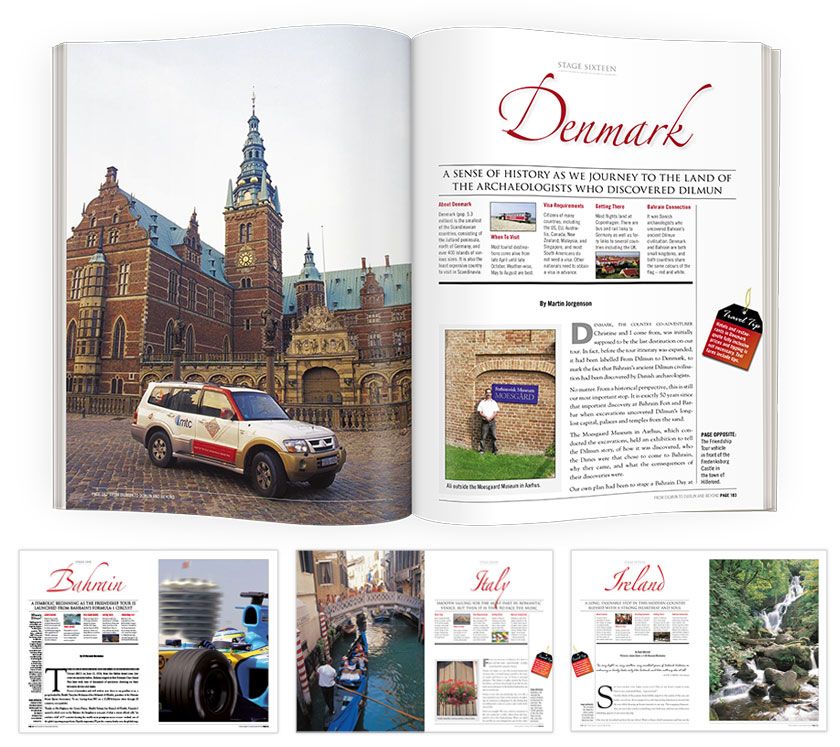