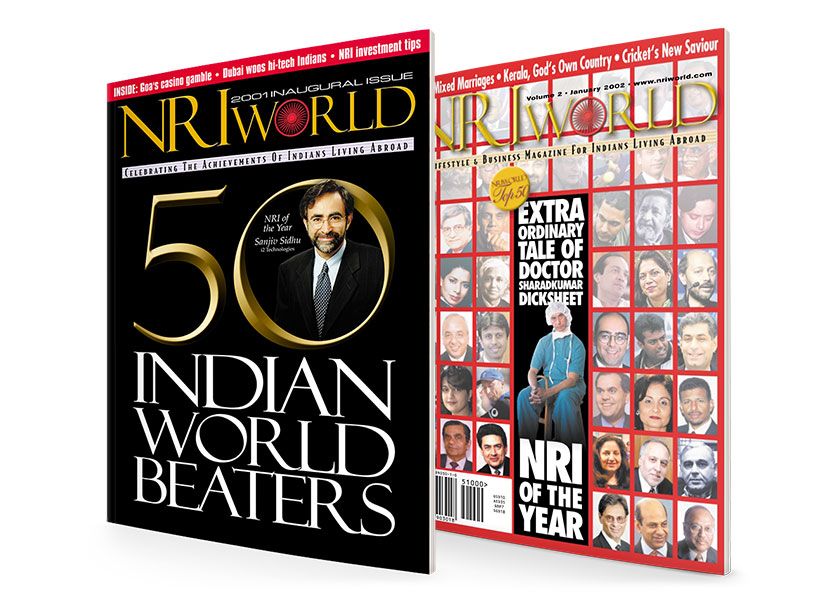 NRIworld.com was a web portal that provided a gateway to news and events of interest to Indians living abroad.

It was hugely successful at a time when web portals were popular as a "front page" to interesting articles published online by mainstream media.

The publishers of the website decided to have one special issue in print each year to celebrate the achievements of Indians living abroad. A Type of Magic was tasked with all the editorial responsibilities, including content planning, assigning writers and photographers, editing, design and production.

Much of the magazine was devoted to the cover story, which featured 50 leading personalities that had their roots in India but had made their mark abroad. There were also other articles of interest to this target audience, such as mixed marriages, travel and cricket. 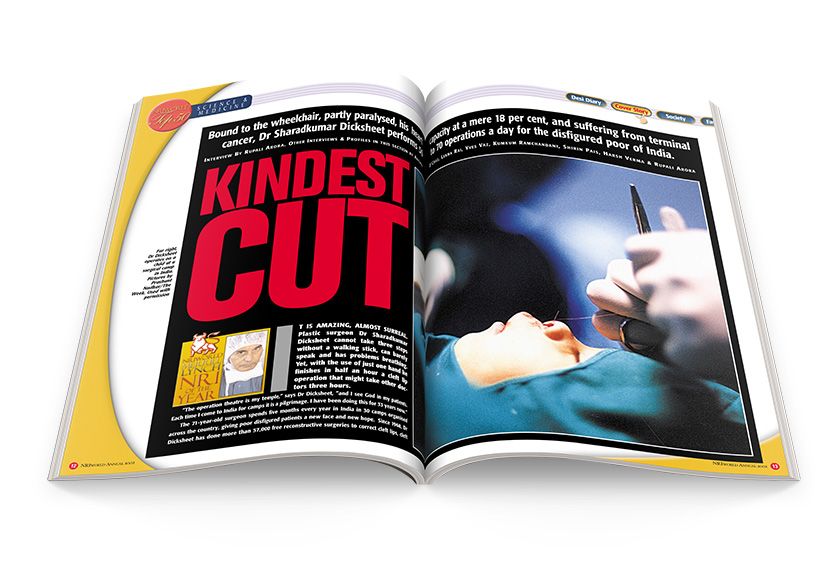 The media kit, below, makes a play for corporate advertising. 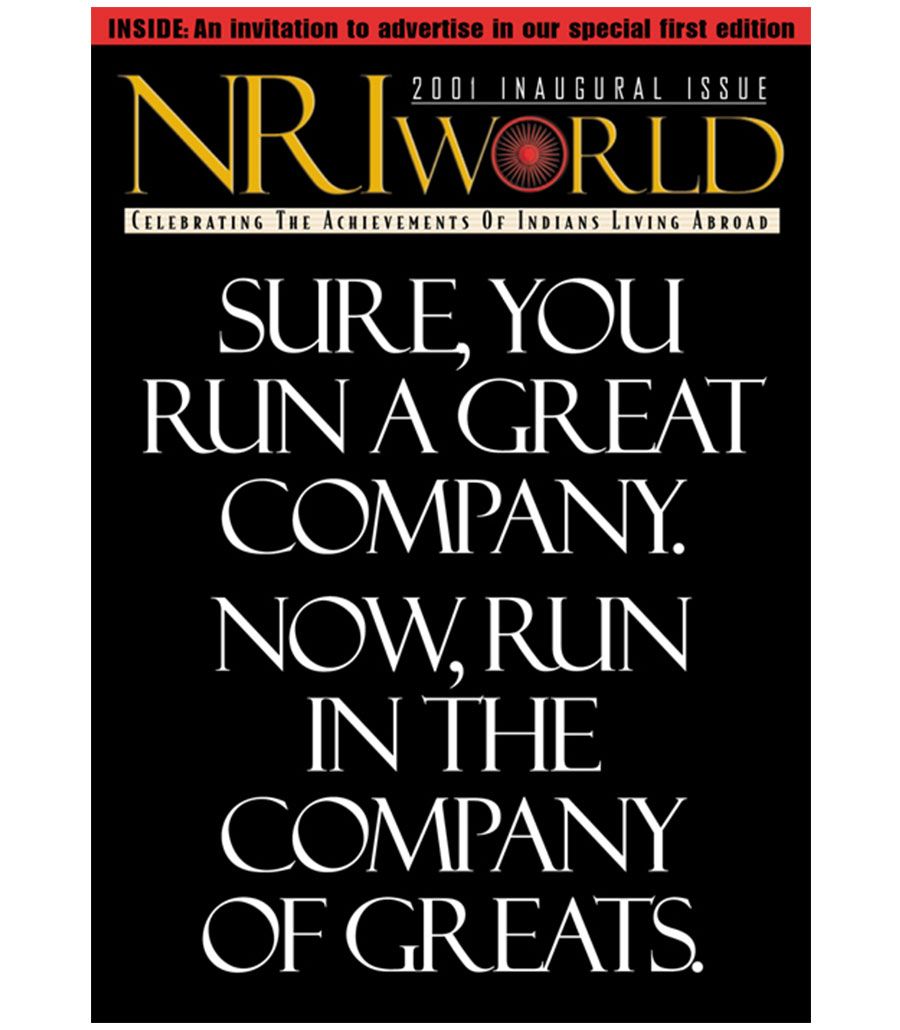